Skip to content
In these unprecedented times getting the right support has never been more important, learn more about our online programme.
Marijuana Addiction Programme

We treat you as uniquely as your own circumstances. 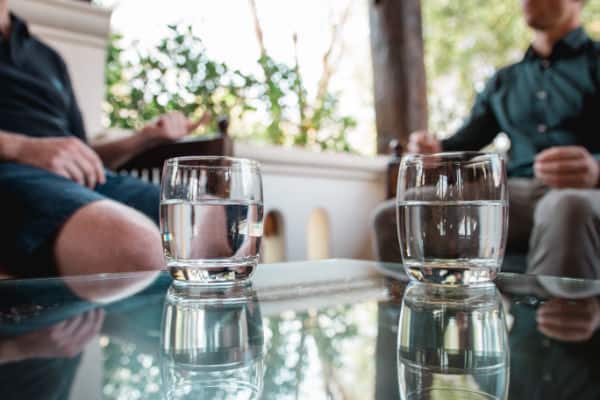 Marijuana is one of the most widely misused substances globally, and yet many myths still persist about the dangers of this substance. Also commonly referred to as ‘pot’ or ‘weed’, this drug is derived from the Marijuana plant, which contains the chemical tetrahydrocannabinol (THC). Known for eliciting feelings of relaxation and tranquillity, THC is what causes the high that draws many to misuse Marijuana.

At Clarity, we provide comprehensive care for drug dependence and co-occurring disorders at our rehabilitation and wellness center in Northern Thailand. Treatment for Marijuana addiction can take place as part of our addiction treatment programme, with the length and type of treatment that you receive, dependent on your unique condition and the severity of your addiction.

Based upon the latest cutting edge marijuana addiction treatment.

Our programme is designed to promote long term recovery.

Our incredible facility in the picturesque north of Thailand.

What are the effects of Marijuana consumption?

Marijuana use affects your central nervous system, and causes sensations of calmness, mild euphoria, increased appetite and an altered perception of your immediate surroundings and time. People often use Marijuana to amplify the relaxed atmosphere of meeting up with friends, as well as relieving the stress and tension associated with work, school or family pressures.
The negative short-term effects of taking Marijuana include feeling nauseous, paranoid or anxious, as well as affecting your heart rate and blood pressure, while general confusion and even hallucinations can make taking the drug an unpleasant experience.
Marijuana is typically smoked but is also increasingly being cooked or baked into certain foods, commonly known as ‘edibles’. Some parts of the world are seeing changes in the legalisation of this substance for both medical and recreational use, however, just like alcohol, tobacco, prescription painkillers and other legal drugs, Marijuana carries the potential for addiction and misuse.
Some people argue that Marijuana is a safe and harmless drug, although misusing Marijuana and developing an addiction occurs in 10% of people who are exposed to the drug. If you begin using Marijuana in your teens, the chance of becoming addicted rises to 16%, with the long-term damage to your mental health increasing as greater amounts of the drug are used in order to achieve the same effects.

If your ability to function at home, work or school has been negatively impacted by your misuse of Marijuana, help is available at Clarity. By choosing to access a professional treatment service found at our rehab facility and wellbeing centre for Marijuana misuse, you can take steps towards overcoming your drug dependence.

Starting with a free, confidential assessment, Clarity’s rehab is known for providing quality, professional treatment for a wide range of substance misuse concerns. We understand the many ways that Marijuana addiction can deprive you of your ability to achieve your full potential, and lead the happy, healthy life that you want and deserve.

With a commitment to compassionate, effective, evidence-based care, we are prepared to help you to enjoy the many benefits that come with the decision to enter treatment at Clarity, including:
Individualised care – no two people are alike and treatment at Clarity never assumes a one-size-fits-all approach. We ensure that your treatment experience reflects your needs, strengths, challenges and personal goals.

Experienced professionals – our treatment team consists of medical and mental health professionals who possess a deep knowledge of effective treatment for marijuana addiction.

Types of treatment for Marijuana addiction

When you choose Clarity for treating a Marijuana addiction, you will benefit from the many levels of support that we provide, and we will ensure that you are placed within a setting that will foster the most beneficial outcomes possible.
Learn more

Providing you with care around the clock.

Combining the best tools in the industry.

Providing quality, discreet care, because your journey is personal.

Trained and dedicated team on site to support you through your process.

Detoxification – a closely monitored environment in which you can rid your body of Marijuana while receiving support from our medical staff. This involves replacing the drug in your body for alternative medication which helps to reduce the side effects of withdrawal and keep associated feelings of anxiety under control.

Patients at Clarity will have access to a wide variety of treatments, including both individual and group therapy. Individual therapy provides a private space to process your challenges throughout treatment, explore past issues that may have contributed to your addiction, and to develop coping skills for continued success after treatment.

Group therapy is an excellent means of combating the sense of isolation that many people struggling with an addiction can experience. In groups, patients can share their stories and learn from others who have gone through similar experiences. While at Clarity, patients will have the option to attend many types of therapy groups including the following:

What is Marijuana addiction?

There are many myths surrounding the use of Marijuana, including the idea it is not addictive, and that it is safe to use without any lasting harm to your body. As with many drugs, even legalised substances such as alcohol and prescription medication, increased use can lead to your body developing a psychological tolerance of Marijuana, meaning that you must take higher doses in order to achieve the same pleasurable effects.

If you regularly use Marijuana and experience withdrawal symptoms and cravings for the drug when you are not using it, this could be a sign that you have developed a Marijuana addiction.

While the short-term effects of relaxation and stress relief may seem purely recreational at the time, it is believed that as many as 30% of people using Marijuana have Marijuana use disorder. This refers to various degrees of problem use with the drug, while 10% of users develop a dependency to Marijuana, which can ultimately lead to addiction.

If you have used Marijuana before the age of 18, you up to 10 times more likely to develop problem Marijuana use, placing you at risk of dependence, characterised by withdrawal symptoms such as irritability, varying mood problems, problems sleeping and cravings, which can last up to two weeks after trying to stop taking the drug.

Dependence means that your brain has adapted to the chemicals within Marijuana to the point where greater amounts of the drug are required in order to achieve the same high, which makes it increasingly difficult to avoid addiction. The impact on your everyday life, including problems focusing and completing tasks at work and school, means that professional medical support and rehab is required in order to safely remove the substance from your body, so that you can regain control of your life and stop the drug from limiting your functioning, relationships and career potential.

What are the signs and symptoms of Marijuana addiction?

While the effects of Marijuana can vary from person-to-person, problem use of Marijuana turns into dependency and ultimately, addiction, when you find it near impossible to stop using the drug, even though you may be aware that it is negatively impacting your life.

While some people can use Marijuana regularly without developing a dependence or addiction to the drug, short and long-term use can put you at risk of mental and physical harm, and you may never know until it is too late, whether you are capable of becoming addicted to Marijuana.

Similar to other forms of substance misuses and addiction, if you or someone that you know has developed a Marijuana addiction, common signs and symptoms displayed include:

Using Marijuana regularly over a long period of time can result in a variety of physical and mental health risks, particularly if you are a young person and smoke strong strains of the drug. If you become addicted to Marijuana, it means that your body has adapted to the presence of the drug in your system, meaning that if you stop taking the drug, you may experience symptoms of withdrawal including sleep problems, agitation and strong cravings for Marijuana for up to two weeks or more.

This vicious cycle of addiction and attempted withdrawal means that relapse is likely unless you seek professional help and support such as the comprehensive treatment programmes that are available at Clarity.

If you don’t seek treatment for a Marijuana addiction, some of the long-term problems you may face include:

The calming, relaxed state that Marijuana produces can be enticing if you struggle with certain untreated mental health conditions such as anxiety or depression, or if you struggle in social or professional situations. If you find yourself requiring Marijuana to function or to avoid discomfort, it is likely that you have developed an unhealthy dependence on the drug that will require professional help to overcome.

Other factors which may play a role in whether you develop an addiction to Marijuana include:
Genetic – if you have an immediate relative who has struggled with addiction at some point in their life, then it may indicate that you are predisposed to having an addictive personality and an increased chance of Marijuana addiction
Environmental – a disruptive home life as a child is believed to increase the chances of developing an addiction as you grow older, possibly due to a desire to take back a level of control that wasn’t possible when you were young. The earlier you start taking drugs, such as part of a social group at school or college, the more likely it is that you will develop an addiction
Psychological – if you are already struggling with an existing mental illness, self-medicating through the use of alcohol or drugs such as Marijuana may be used to reduce unwanted symptoms. This method is likely to worsen symptoms of the illness and can lead to co-existing mental health problems with the inclusion of addiction
Clarity understands that taking the first steps towards recovery for Marijuana addiction can be daunting. This why we offer you a free and confidential addiction assessment with an understanding environment, which helps you understand the extent of your addiction and the options available to you in order to help you regain control of your life free from Marijuana.

Get in Touch Today

Why choose Clarity for marijuana rehab in Thailand

Clarity offers an incredible healing experience for our clients and their families that is second to none. Our team is comprised of individuals with years of experience who are all here for one reason. To help you realise, achieve, and maintain permanent long term recovery.

Interested in finding out more about Clarity at Home?

All you need to do is complete our online form and one of our team will get in touch to arrange a free consultation with one of our programme specialists.
All information provided will be kept completely confidential.