Get Help With Your Internet Addiction

We treat you as uniquely as your own circumstances. 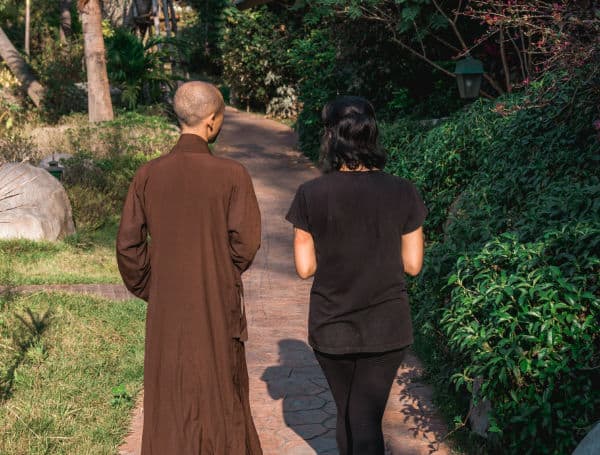 When people realize they have process addictions, they need professional treatment to regain control of their lives. At Clarity we treat these addictions using group therapy, individual psychotherapy and cognitive behavioural therapy. In each of these therapy sessions, patients analyze the reasons behind their addictions, what triggers it and what helped them control it in the past. Our expert therapists work with every client individually to help them learn coping skills so they can manage the compulsions without relapsing.

Based upon the latest cutting edge addiction treatment.

Our rehab programme is designed to promote long term recovery.

Our incredible facility in the picturesque north of Thailand.

What is Internet addiction?

Internet addiction is a broad term that describes several computer-based impulse control problems. Because the Internet is a valuable and nearly unavoidable tool, many people become internet addicts. Similar to substance abuse addicts, internet addicts develop compulsive, destructive habits that interfere with everyday life as well as psychological dependence and withdrawal symptoms when Internet usage is stopped or reduced.

Internet Addiction is not currently recognized as an official disorder, and many mental health professionals are not certain if it ever should be considered a real disorder. Nevertheless, compulsive Internet use is a serious problem for some people, and there are methods that can be helpful in alleviating this problem.

Causes and Symptoms of Internet Addiction

Generally, Internet addicts suffer from co-occurring disorders—such as depression, anxiety or obsessive-compulsive disorder—or multiple addictions. Others lack social support—they feel lonely and isolated, so they turn to the internet to find likeminded others.

At Clarity we know all too well that internet addiction is a problem of compulsive stimulation, much like drug addiction. Because of this similarity, our rehab uses well studied evidenced based treatment procedures known to be useful for helping drug addicts towards recovery. These have been adapted by our psychologists for use with internet addicts when the need arises. The techniques we use are drawn from a popular school of therapy known as ‘cognitive-behavioral’ therapy.

CBT is extremely effective both in identifying underlying causes of addiction and in teaching reliable coping mechanisms for cutting down on or ceasing destructive behavioural patterns. Most therapies focus on providing the client with healthier ways to cope with triggers (stress, anxiety, depression, loneliness, etc.) that induce Internet addiction.
In addition to CBT, content-control software and time-limiting software is available to help addicts control their time online, set realistic expectations and provide accountability. Software has proven successful in restricting usage, but it is most effective when used in conjunction with CBT.

Our internet addiction rehab will also help clients to identify ‘triggers’ that lead to episodes of uncontrolled internet use. Naive clients of any type typically believe that their indulgences “just happen” and that they played little or no role in an episode happening. A more realistic appraisal of a client’s true situation will often reveal that a particular unconscious set of events occurred involving ‘triggers’ that prompted the client to binge. Like a noun, a trigger is a “person, place or thing” that is a definable step in a chain of events that leads towards a relapse into addictive behaviour. To provide a fictitious but realistic example, a first trigger might be boredom or even a bad mood brought on by an argument. Clients often seek out their stimulation of choice in response to these triggers, most of the time without ever being all that aware of why they are acting as they do. At Clarity our skilled clinicians will discuss in detail episodes of indulgence with addicts so that they become conscious of their triggers and can choose to act in an alternative fashion when they next become vulnerable. They will also help clients to generate lists of safer, more functional alternative behaviours they can engage in when they realize they are in danger so that relapse does not occur.

Cognitive behavioural forms of therapy are well studied and known to be helpful but they are not the only forms of therapy that are delivered. At Clarity all our therapists are trained in Motivational Interviewing. MI as it is often referred to may be employed to assess how motivated internet addicts may be to change their behaviour and to help them to increase their motivation to make a lasting change. To accomplish the latter, Clarity’s therapists help addicts to develop genuine empathy for the people who are hurt by their addiction (e.g., family and friends, employers, etc.). By helping addicts to see how their actions affect others they care about or are dependent on economically, our therapists are able to increase a clients’ motivation to change.

Please note that all clients accessing treatment for internet or gaming addictions are closely monitored and undergo a strict digital detoxification programme. During this period contact and communication is restricted and phone use is under strict supervision only. Use of the internet is prohibited as part of the treatment care plan for a period of 2 weeks minimum following admission.

Where to find professional help for online addiction treatment.

Clarity are able to help with a broad range of non-substance related addictions or dependency disorders. Please get in touch for more information.
Learn more

Providing care around the clock.

Combining the best tools in the industry.

Providing quality, discreet care, because your journey is personal.

Trained and dedicated team on site to support you through your process.

Clarity offers an incredible healing experience for our clients and their families that is second to none. Our team is comprised of individuals with years of experience who are all here for one reason. To help you realise, achieve, and maintain permanent long term recovery.

Interested in finding out more about Clarity at Home?

All you need to do is complete our online form and one of our team will get in touch to arrange a free consultation with one of our programme specialists.
All information provided will be kept completely confidential.